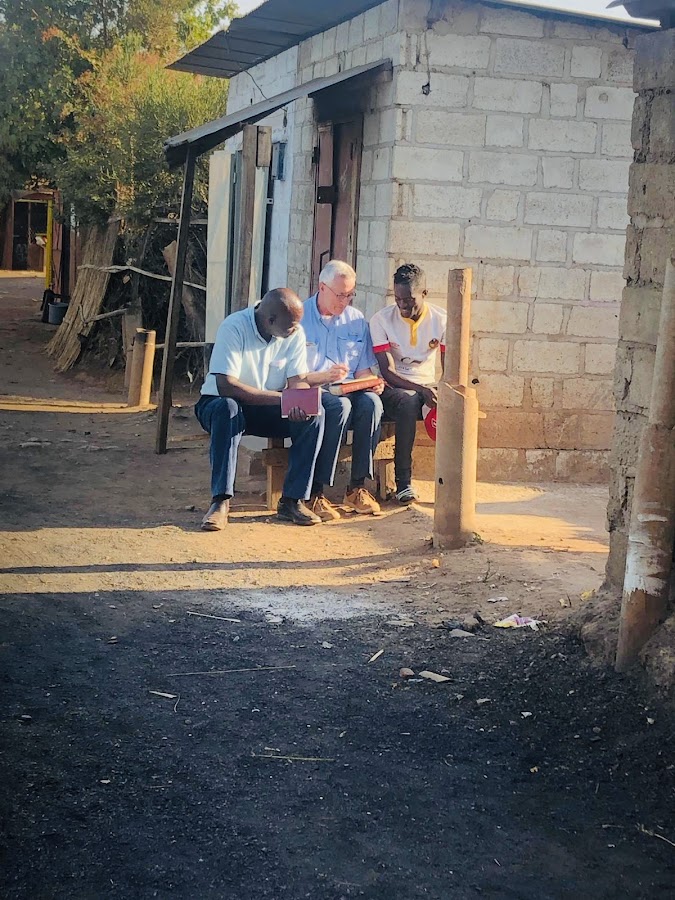 Max Lucado has a great gift when it comes to words. Here is his simple story of Easter told in a unique way.It's taken from his book, No Wonder They Call Him Savior.
ALIVE!
by Max Lucado

This is an article on Easter from pastor Mark Batterson. It's a good word in the middle of an Easter week.
"One of my earliest movie memories is the 1978 version of Superman. I remember sitting in the theater, and honestly, any movie from the 70s is a little disappointing at this point when you show it to your kids, it doesn’t have all the special effects, but when I was a kid, it was pretty amazing. I remember one scene in particular. Lois Lane is driving through some desert terrain and there was an earthquake and this earthquake swallows up her car and Superman can’t get there in time to prevent it from happening. So Superman gets super angry and flies a counter rotational around the earth at supersonic speed reversing the rotation of the earth, thereby turning back time. Now, I know that on a scientific level, there are problems with that. For example, the earth spins on its axis at about 1,000 miles an hour, so if Superman had really done that, he would have saved Lois but everybody else would have died of whiplash! But don’t you wish you could do that? All of us, there are things that we’ve said, things we’ve done, and if we could just, oh, excuse me for a second, I’ve got to fly around the earth at supersonic speed and I’ll be right back and we’ll pick up before I left off. See, there’s a part of us that makes it difficult for us to deal with things we can’t seem to change. The truth is, the arrow of time points in one direction, some things are irreversible.
The second law of thermodynamics, what’s done is done. Cars rust, toys break, ice cream melts, people die. There are some things you can’t undo. But here’s the good news of the gospel. Here’s where the gospel meets the reality of our lives that we don’t want to accept. But here’s the good news, you don’t have to accept it because there is a higher reality in play, because if you read the gospels, what you discover is this, Jesus routinely reversed the irreversible! He reversed weather systems, He reversed blindness. There were no nerves between the optic nerve and the visual cortex, nothing there, no one had ever heard of a man being born blind and then receiving sight, but Jesus reverses things that are irreversible. He reverses leprosy. 2,000 years ago, He reversed death itself. So what we celebrate is the fact that there is a God who is higher than, who is bigger than the universal laws and the universe that He has created. What God accomplished on that resurrection morning is He defeated death, He reversed the irreversible. And I would suggest that that is exactly what He came to do in your life. He came to reverse the effects of sin, we’ll talk about that in a moment. He came to reverse the effects of death. That’s who He is and what He does."
Posted by Chad Selph's Blog at 9:00 AM No comments:

In this week before Easter, what character in the biblical Easter Story do you most identify with? How about Barrabas - the guilty one who gets to go free. This is a thoughtful article from David Mathis.
Posted by Chad Selph's Blog at 6:47 PM No comments:

Hope in Discouraging Times - Randy Alcorn writes: "There is a gift God has given his people in all ages that has enabled them not just to hold on, but to experience fulfillment even in times of great difficulty. This gift is hope."
Posted by Chad Selph's Blog at 6:42 PM No comments:

Do Your Friends Know What Easter Means?

Do Your Friends Know What Easter Means? Adrian Warnock says that they probably don't.
Posted by Chad Selph's Blog at 6:40 PM 1 comment: 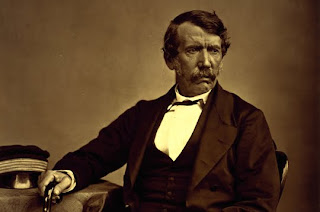 Last night I returned from a trip to Guatemala. We took family vacation time so the four of us could travel together. Aside from time together, we were traveling in the western part of the country visiting with church leaders about future ministry opportunities for our church. We were blessed by the vision, sacrifice, and commitment of these men and women. They cared for the poor, the hungry, the sick, and those living in spiritual darkness. I saw aged spiritual leaders still moved to tears by the needs of the people. We found multiple ways to partner with believers and churches.
In two weeks I will go with a team from our church to Malawi - one of the most impoverished nations in the world. We wll work with church leaders again to share the love of God in a hard part of the world.
Upon my return I noticed that last week was David Livingstone's birthday. I wanted to share a little of his story as I have been thinking and praying about God's work in this world:
David Livingstone was born March 19, 1813. He gave his life to serve Christ in the exploration of Africa for the sake of the access of the gospel.
On December 4, 1857, he spoke the sentence that has made the greatest impact on me. It is one of the clearest applications I have seen of Jesus' words in Mark 10:29-30. Jesus said,
Truly, I say to you, there is no one who has left house or brothers or sisters or mother or father or children or lands, for my sake and for the gospel, who will not receive a hundredfold now in this time, houses and brothers and sisters and mothers and children and lands, with persecutions, and in the age to come eternal life.
Here is what Livingstone said to the Cambridge students about his "leaving" the benefits of England:
For my own part, I have never ceased to rejoice that God has appointed me to such an office. People talk of the sacrifice I have made in spending so much of my life in Africa. . . . Is that a sacrifice which brings its own blest reward in healthful activity, the consciousness of doing good, peace of mind, and a bright hope of a glorious destiny hereafter? Away with the word in such a view, and with such a thought! It is emphatically no sacrifice. Say rather it is a privilege. Anxiety, sickness, suffering, or danger, now and then, with a foregoing of the common conveniences and charities of this life, may make us pause, and cause the spirit to waver, and the soul to sink; but let this only be for a moment. All these are nothing when compared with the glory which shall be revealed in and for us. I never made a sacrifice.
(Cited in Samuel Zwemer, "The Glory of the Impossible" in Perspectives on the World Christian Movement, Ralph Winter and Stephen Hawthorne, eds. [Pasadena: William Carey Library, 1981], p. 259. Emphasis added.)
Posted by Chad Selph's Blog at 5:36 PM No comments:

Women and Children First: A Tale of Two Ships

Al Mohler comments on a new study published in the Proceedings of the National Academy of Sciences looks at the difference in the behavior of the men aboard the two sinking ships. It's an interesting application. The difference was remarkable. Aboard the Titanic, the men generally behaved with great concern for women and children, doing their best to get the women and children into the precious and insufficient seats in the lifeboats. Hundreds of men died with the Titanic, demonstrating a commitment to put the welfare and lives of women and children above their own.
Aboard the sinking Lusitania, the scene was very different. Women and children were less likely than men to survive that disaster, because the men used their natural strength and speed to take the spaces on the lifeboats, with women and children forced out of their way....continue reading...
Posted by Chad Selph's Blog at 4:57 PM No comments:

Busy Moms and the Bible

Kevin DeYoung looks at Winston Churchill and finds lessons in his life. It's a short article with sharp applications.
Posted by Chad Selph's Blog at 1:54 PM No comments:

A new study conducted by the National Center for Health Statistics suggests two very important findings: First, that cohabiting is now the norm for younger adults. Second, cohabiting makes divorce more likely after eventual marriage. This is an interesting discussion of an article from The New York Times that runs against common cultural belief about cohabitating prior to marriage.
Posted by Chad Selph's Blog at 1:49 PM No comments: